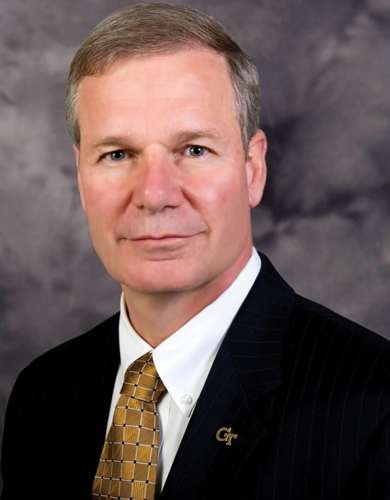 G.P. “Bud” Peterson served as the 11th president of the Georgia Institute of Technology from April 1, 2009 to August 31, 2019. He led the campus wide development of a 25-year strategic plan, which has served as an important framework for many of the advancements and accomplishments during his tenure.

Before joining Georgia Tech, Peterson served as chancellor of the University of Colorado at Boulder.

A distinguished scientist, he was appointed in 2008 by President George W. Bush, and again in 2014 by President Barack Obama, to serve as a member of the National Science Board, which oversees the NSF and advises the President and Congress on national policy related to science and engineering research and education.