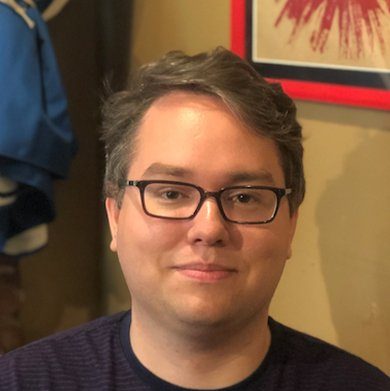 Daniel Marchetto is currently pursuing his PhD in Public Policy at Georgia Tech and is expected to finish his degree in 2023.  He received his master’s in Public Policy from Arizona State University and his bachelor’s degree in Psychology from Carnegie Mellon University.   His research interests are in the intersection of behavioral science, environmental and energy policy, climate policy, and machine learning.

As an undergraduate, Daniel spent time working as a research assistant in an oncology research lab as well as a research assistant in a cognitive psychology lab. After the IPCC Fifth Assessment Report came out in 2014, Daniel decided to change academic focus towards climate change and public policy.  Daniel’s experience with public policy has included working on projects directed towards topics ranging from food deserts to environmental management. One project addressed brownfield development along the Rio Salado Corridor as part of Senator McCain’s Rio Reimagined Initiative leading to a forum on the redevelopment of retired aggregate mines along the corridor with attendance from key stakeholders in Maricopa county.

Daniel will be joining the GA Smart Community Albany Housing Data Analytics and Visualization Initiative.  The city of Albany is developing an automated housing registry for the city as part of a Smart Resilience initiative.  This initiative seeks to bridge the gaps between the current system and provide the data and information necessary to manage the Albany housing inventory effectively. The product of the initiative will allow for a better mangement of public funds allocated for housing and neighborhood infrastructure repairs and enhancements.

He will be working with Steven Carter, Chief Information Officer, Technology & Communications – City of Albany.  Daniel will reside in Albany during his summer internship and will participate in public engagement events.  He will be working with Dr. Omar Asensio, Professor – GT School of Public Policy and his team to take the feedback from these public engagements events and help design a functional user interface for the automated data analytics and visualization reporting tool.
In his spare time, Daniel enjoys spending his spare time reading, playing games (board and video), and fencing (foil).

We welcome Daniel onboard and are happy to have him on our Smart Community Corps Team.

This summer I had the opportunity to work with researchers at Georgia Tech and the Community and Technology department of the City of Albany in Georgia as an inaugural fellow of the Smart Community Corps. The experience was stimulating as it is the first time that I worked as a liaison between academia and the public sector, and it allowed me to further develop my skills as a public policy scholar—especially important to my doctoral studies in public policy.

The specific goal of my work was to aid the city with preparing data (e.g. program funding, utility usage, etc.) for analysis and preparing an open data GeoHub for public use. From a practical perspective, the hub allows for increased engagement between the city and its residents. From a research perspective, this allows for implementation of robust statistical techniques for performing program evaluation and policy analysis. Throughout my tenure working on the project, I was able to both apply expertise that I had previously acquired as well as acquire new skills. For example, my expertise in research design and data analysis, along with support from Civic Data Science fellows, allowed me to help standardize the data flow that will be used for the storage and analysis of utility data collected by the city while simultaneously acquiring experience in SQL as the large nature of the data requires database usage for storage and querying. I was also able to gain experience in spatial analysis and web design with ESRI’s software while working on the GeoHub portion of the project.

As my contribution to the project, I will be finishing the design and implementation of the GeoHub that will include web apps to visualize funding of programs managed by the Community and Economic Development department and potential correlational effects of that funding. I find the amount of collaboration between the Tech researchers and the officials in the City of Albany to be superb as both groups maintain a high level of contact and put a lot of effort into providing as much support as possible. While the initial project timeline is slated to lapse in September 2019, new funding acquired by researchers at Georgia Tech will allow for further work between the Tech researchers and Albany officials into 2020. This funding will allow the team to extend the project and do additional quantitative analysis of program data as well as qualitative ethnographic studies and citizen engagement workshops. I will specifically work on implementation of more modern matching algorithms (e.g. genetic matching algorithm) to bridge the gap from correlational effects of program funding to causal effects and hopefully gain experience in qualitative methods throughout this time. I am glad to have been able to lend my skills and expertise to this project over the past few months and am excited to be a part of the extension of the project into the future. I can say, without a doubt, that the Georgia Smart Communities Challenge has been a success for Albany, GA and that the continued effort.