Making the Case for Urban Air Mobility in Atlanta

If you think Atlanta traffic is bad now, a recent UN study predicts that 70 percent of the world’s population will be living in urban areas by 2050. That’s a lot of cars on the roads come 5 o’clock.

For those attending the Jan. 23 launch event for Georgia Tech’s Center for Urban and Regional Air Mobility (CURAM), an efficient, safe and speedy airborne alternative to ground gridlock is less than a decade away.

Think: an autonomous (or piloted) electrically powered vertical take-off and lift (eVTOL) aircraft transporting commuters from rooftop vertiports to MARTA stations across town, or commuter lots in Gwinnett County.  From there, an electric scooter, a bicycle-share or an auto ride-share service might complete the journey.

“This is not just about a really cool technology [eVTOL]. It’s about creating a door-to-door, multi-modal transportation infrastructure,” said the keynote speaker, Mark Moore, an AE alumnus now the director of vehicle systems for Uber Elevate. “We could cut peak commute times by more than 50 percent, and reduce our energy use by a factor of 10.”

More than 100 academics, entrepreneurs and policy-makers flocked to Atlanta for the daylong conference, Urban Air Mobility: An Opportunity for Georgia, to network with experts like Moore, and to explore the opportunities and the hurdles posed by the rapid expansion of eVTOL technology.

Moore left a decades-long career at NASA to head up Uber’s UAM effort several years ago. Uber is now eying a 2023 launch of its commercial air taxi service in San Diego and Dallas.

Many of his colleagues at the conference were not shy about telling Moore that Atlanta would be a great choice for Uber –  or another visionary startup – to attack that rush-hour quagmire.

“As of April of last year, it was estimated that more than 100,000 people per day travel 90 minutes or more to their jobs in and around Atlanta,” Georgia Tech’s executive vice president for research Chaouki Abdallah told the crowd. “As educators, innovators and policy-makers, we always want to be looking toward the future – not just five or ten years down the line, but whole generations ahead. In Atlanta, as always, one of the first problems that comes to mind is traffic and congestion.”

“At present, there are over 100 eVTOL aircraft under development by different companies, including traditional aircraft manufacturers and startups. That’s exciting, but we need to focus not only on the vehicle, but also on the 25-35 U.S. cities – and a 50-mile radius around them – that are potential future markets for UAM,” he said. “[UAM] has the ability to morph the demographics of our cities. We need to look closely at how we design [eVTOL] vehicles to match the demands of those cities.”

The Technology is Now

The technology that enables such futuristic planning has been evolving for decades thanks to ongoing investigations by researchers like those at Georgia Tech’s Vertical Lift Research Center of Excellence (VLRCOE).

“It really is like we are entering a new Wright Brothers era, where you see all of these odd-looking aircraft and no two look the same,” Moore said. “What’s really different is the safety, the noise, the efficiency and the cost. Those are the transformational capabilities that make these so different from the helicopters that have been around for the last 80 years.”

Moore pointed out that relatively recent improvements in distributed electric propulsion have boosted the safety of eVTOL vehicles to a new level. The new generation of vehicle designs has done away with single-part criticality.

“This lets you distribute the control and the thrust of the vehicle across the entire platform and not have any single part bring the aircraft down,” he said.

Additional improvements in the lift-to-drag ratio have decreased energy consumption, making eVTOL aircraft more economical to operate in cities, where there will be a need for high-density scheduling over short distances.

The energetics of eVTOL aircraft cannot compete with traditional hydrocarbon-powered helicopters, Moore said, but they do not have to. Their value comes in their ability to quickly dart in and around urban landscapes using relatively little fuel and incurring much lower maintenance costs.

Moore said he envisions eVTOL taxis being able to slay rush-hour traffic by offering as many as 150-160 trips over the course of the three-hour peak, partially recharging the batteries during five-minute lay-overs. This would enable vehicles to maintain their charge during high usage periods. As more aviation companies jump into the air taxi business, he said, the cost of manufacturing eVTOL vehicles will come down further, making air taxis very competitive with ground travel.

“Not just for the elite, but for everyone,” he added.

Those economics are encouraging to Debra Lam, managing director of Georgia Tech’s Smart Cities and Inclusive Innovation initiative, one of CURAM’s partners and a co-organizer of the event.

“We are not advancing any one tool, technology or company, but we are excited to see them all come together to drive Atlanta forward,” she said. “We see this [UAM] as a way to push equity to the front and center of future planning.”

The Buy-in is Critical

Lam’s emphasis on planning was shared by many of her fellow attendees. The potential benefits of UAM will not be realized to their fullest without substantial public buy-in.

“What keeps me up at night are the soft uncertainties, the things you can’t solve with money,” said Moore. “There’s money out there to build the infrastructure we need, but we have to win over public reaction. If you look at a lot of these [vehicles] they look like food processors.”

“The federal government controls the sky, but it’s the people on the ground who give you permission to land,” said AE alumnus Jeremy Bain, now an aerospace engineer with JOBY Aviation, one of a growing number of private companies seeking entry into the UAM market. “I think we can meet federal regulatory requirements, but if you don’t have buy-in on the ground, your ideas can’t fly.”

Factors influencing that buy-in are many – Moore said his company took 27 parameters into account before choosing Dallas and San Diego as UAM test cities – but most attendees at the CURAM conference agreed that public perception of noise, affordability and safety are among the most critical.

“In terms of noise, you can see there’s a wing on most of these electric vertical lift aircraft,” said Moore. “So instead of having edgewise flight like helicopters where they are trying to go fast at cruise — which is inefficient and makes a lot of noise, not just when they are hovering but when they are flying – they use wing-borne flight which drastically reduces that noise so that when they fly over at 1000 or 1500 feet, at a 150-mile-an-hour cruise speed, you can’t even hear them.”

Adding to that are advances that allow for a slower tip speed so that even in hovering mode, newer eVTOL aircraft are 15-20 decibels quieter than their predecessors. “They can actually blend into the city noise,” said Moore.

Ongoing research by Georgia Tech civil engineering professor Laurie Garrow, CURAM’s associate director, has found that the cost-effectiveness of the new classes of eVTOL aircraft is poised to transform routine transportation by introducing the concept of aerial on-demand mobility (ODM) to the market.

“There is now widespread belief that ODM could be served by small electric propulsion aircraft that operate not necessarily from airports, but from relatively simple rooftop vertiports. Use an app to order a flight on your own schedule. Dozens of companies have publicly-acknowledged designing eVTOL aircraft including Airbus, Uber, Embraer, Joby Aviation, Aurora Flight Sciences and Pipistrel.”

Garrow is currently surveying the demand among 2,500 commuters in five geographic locales to determine the potential demand for an air taxi service that would replace what is currently a one-way 30-minute commute.

Meanwhile, continued improvements in battery life and autonomy promise to further reduce the cost of UAM, making it a game-changer for commuters at all income levels. In particular, Moore said, the removal of an onboard pilot would make the economics of UAM hard to beat.

Getting the general public to accept this last innovation – autonomy – may be one of the biggest hurdles the UAM community has before it. 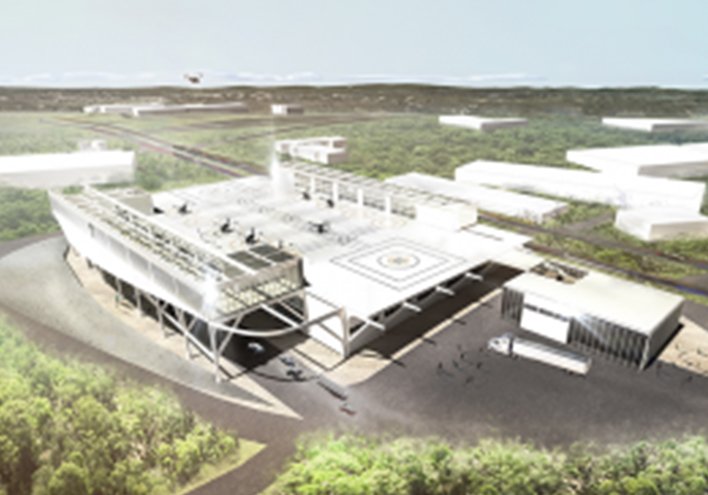 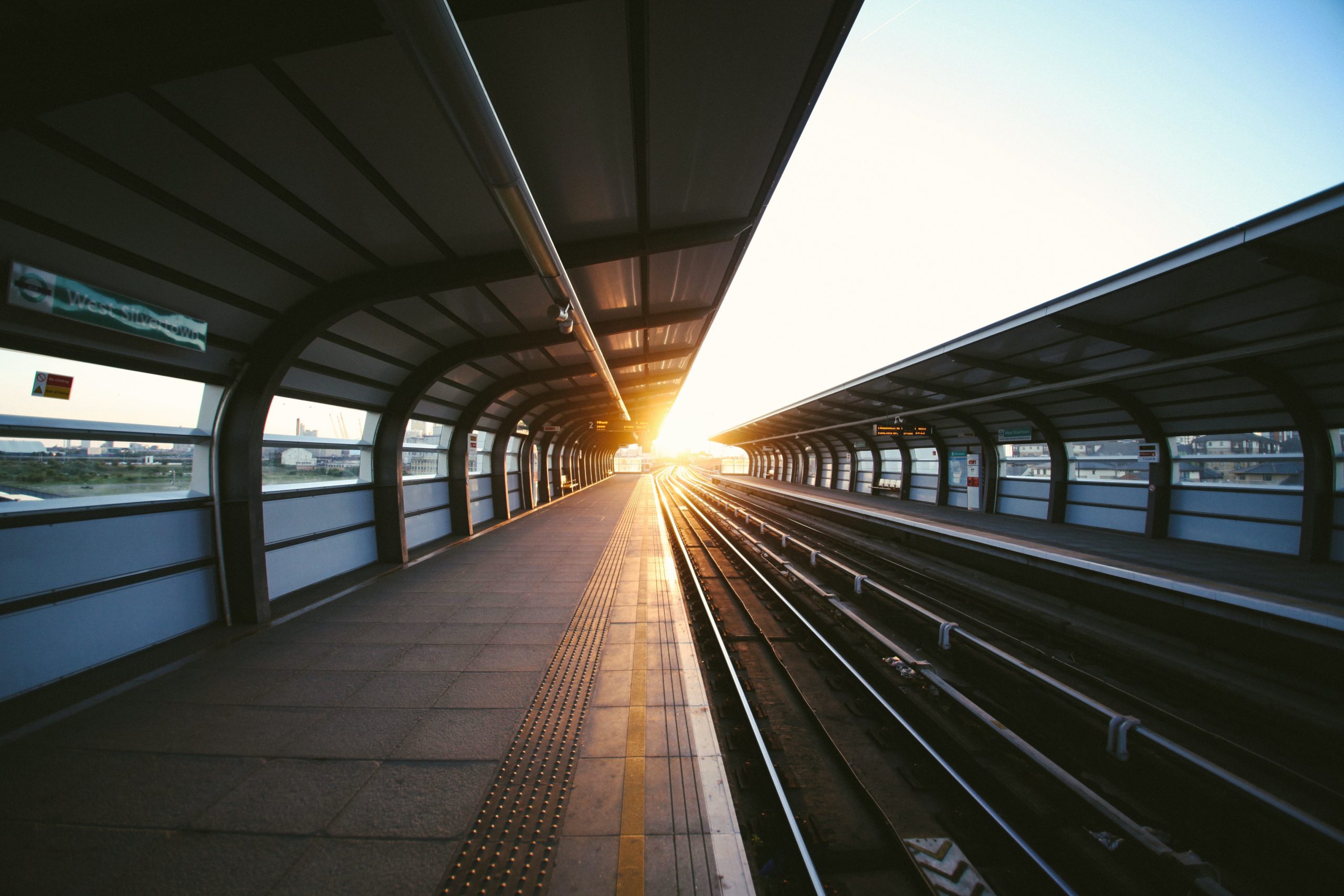