The fourth cohort of Smart Community Corps (SCC), one of the Partnership for Inclusive Innovation’s flagship programs under the Student Engagement pillar, wrapped up in August with presentations at Microsoft’s Atlantic Yards from student interns about their summer projects. The SCC is designed to provide civic-minded graduate and undergraduate college students from around the state hands-on experience working with communities in Georgia on projects to improve the lives of residents. And these students delivered, with projects that range from improving the flow of traffic to getting food from farm to table in underserved communities.

“There is no better way to learn about civic tech and public innovation than actively working with community partners on projects that make a difference,” said Partnership Director Debra Lam. “Our ambition was grand and these students showed us that it could be done and done well together.”

Launched in 2020, the Partnership for Inclusive Innovation is a public-private organization that was created to lead coordinated, statewide efforts to position Georgia as the leader for innovation, opportunity, and shared economic success. In addition to student engagement, the Partnership’s focus pillars also include community research, workforce development, and economic opportunity. The Partnership’s mission is supported by a number of private and public institutions, including Georgia Power, Synovus, the University of Georgia, Flowers Foods, and Georgia Tech.

This year’s program launched in May with 33 interns competitively selected from 140 applicants. They represent 11 Georgia universities and 17 academic disciplines. The students spent the summer working on 16 projects across the state. In addition to the civic innovation work, what makes Smart Community Corps unique is its pair model. SCC interns work primarily in pairs on projects, bringing complementary backgrounds, skills and expertise together to learn from each other as they collaborate on the projects.

Student projects have a real impact around the state. For instance, in studying traffic patterns in Valdosta, students found that drivers were speeding most often during the times when cars and students were going to and from the middle school, making for not just frustrating drop offs and pickups, but also dangerous ones. In Spalding County, student work will mean greater access to wireless broadband in underserved parts of the county.

“We hear a lot of positive feedback from legislators and from economic developers around the state” – G.P. “Bud” Peterson, Partnership board chair and Georgia Tech President Emeritus and Regents Professor

This summer was the first time since 2019 that the interns worked in person rather than virtually. An $8,000 stipend funded by contributions from Microsoft and Gulfstream helped cover interns’ expenses for the 12-week program.

Olasumbo Ogunsola, a student at Georgia State University, worked on a project with the Savannah Logistics Innovation Center (SLIC) to help connect tech businesses with government, academic, and private partners.

“It has been an amazing opportunity,” Ogunsola said. “I’ve really learned a lot from my executive director with SLIC, have learned a lot about logistics management and about new companies that are starting up in Georgia and are trying to expand. It has really changed my life. My project partner, Mark Schwabacher, a Georgia Tech student, was offered a position by the executive director of SLIC. I was also able to get something with a healthcare company. This has really opened a lot of opportunities.”

While most of the students worked in one community, Nikhil Upadhaya, a student who’s been at Georgia State and will transfer to University of Georgia this fall, was part of a statewide project to map innovation and entrepreneurship. “I think what drew me to the project was that I had never heard of anybody researching entrepreneurship within Georgia. And personally, I learned a lot about data analytics, and how to analyze the data and look through it all to push research further into whatever somebody might need the data for.”

Paige Clayton, an assistant professor in Georgia Tech’s School of City and Regional Planning, oversaw the project. She was so impressed with Upadhaya that she hired him for the fall to continue his work. “The work he did was definitely beneficial to my work and that will hopefully benefit Georgia,” she said.

And that’s the goal of the program — for students to put the knowledge and skills they’ve learned in the classroom to work in Georgia to help create more sustainable, innovative, and technologically advanced communities.

“A lot of Georgia students tend to leave the state after graduation,” said Clarence Anthony Jr., the Partnership’s workforce development manager. “The SCC engages some of our next wave of leaders within higher education to work with senior leaders throughout the state, building a nice bridge and partnership, but also showing students they have opportunities to stay here, to do meaningful work if they want to.” 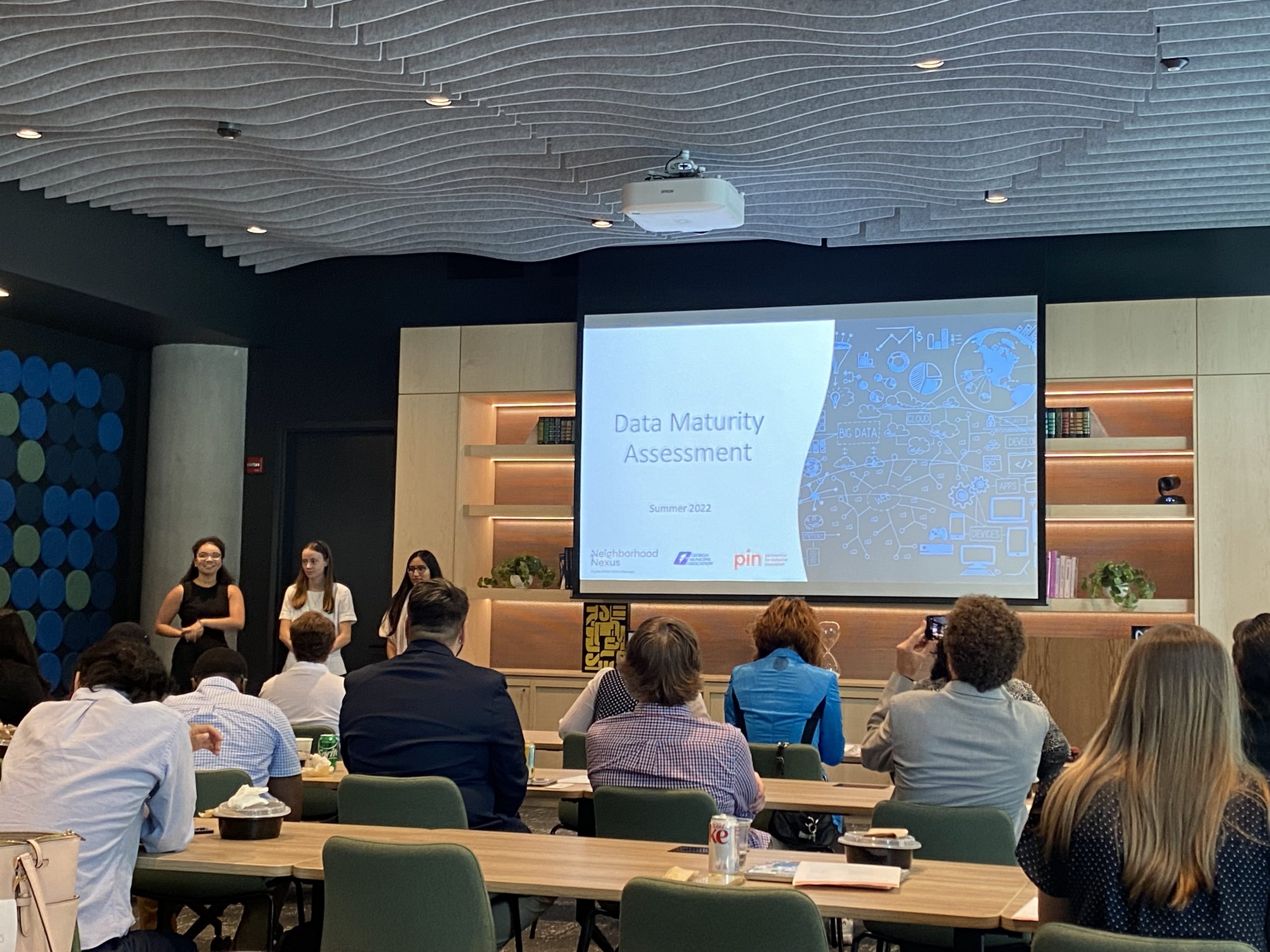 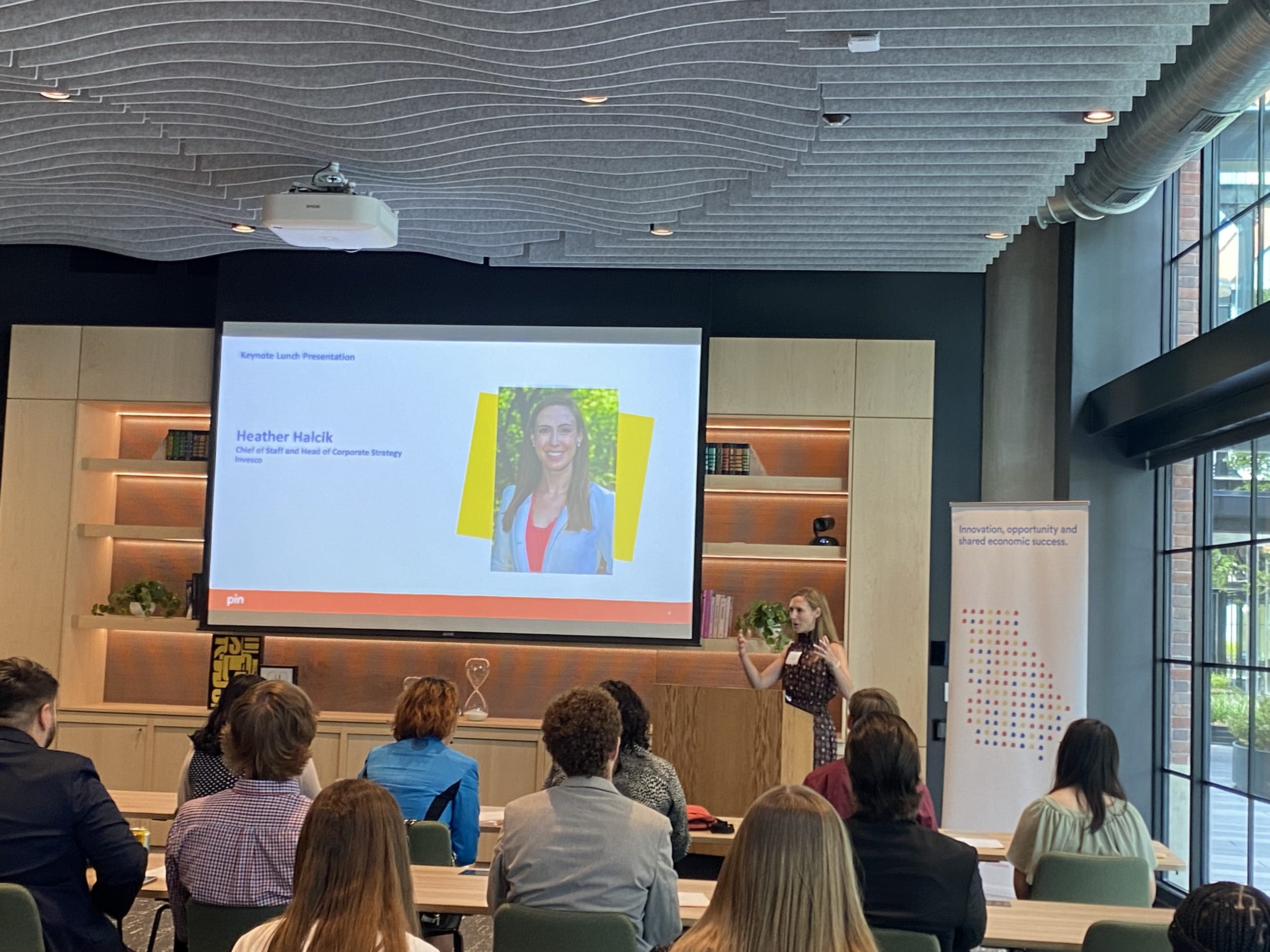 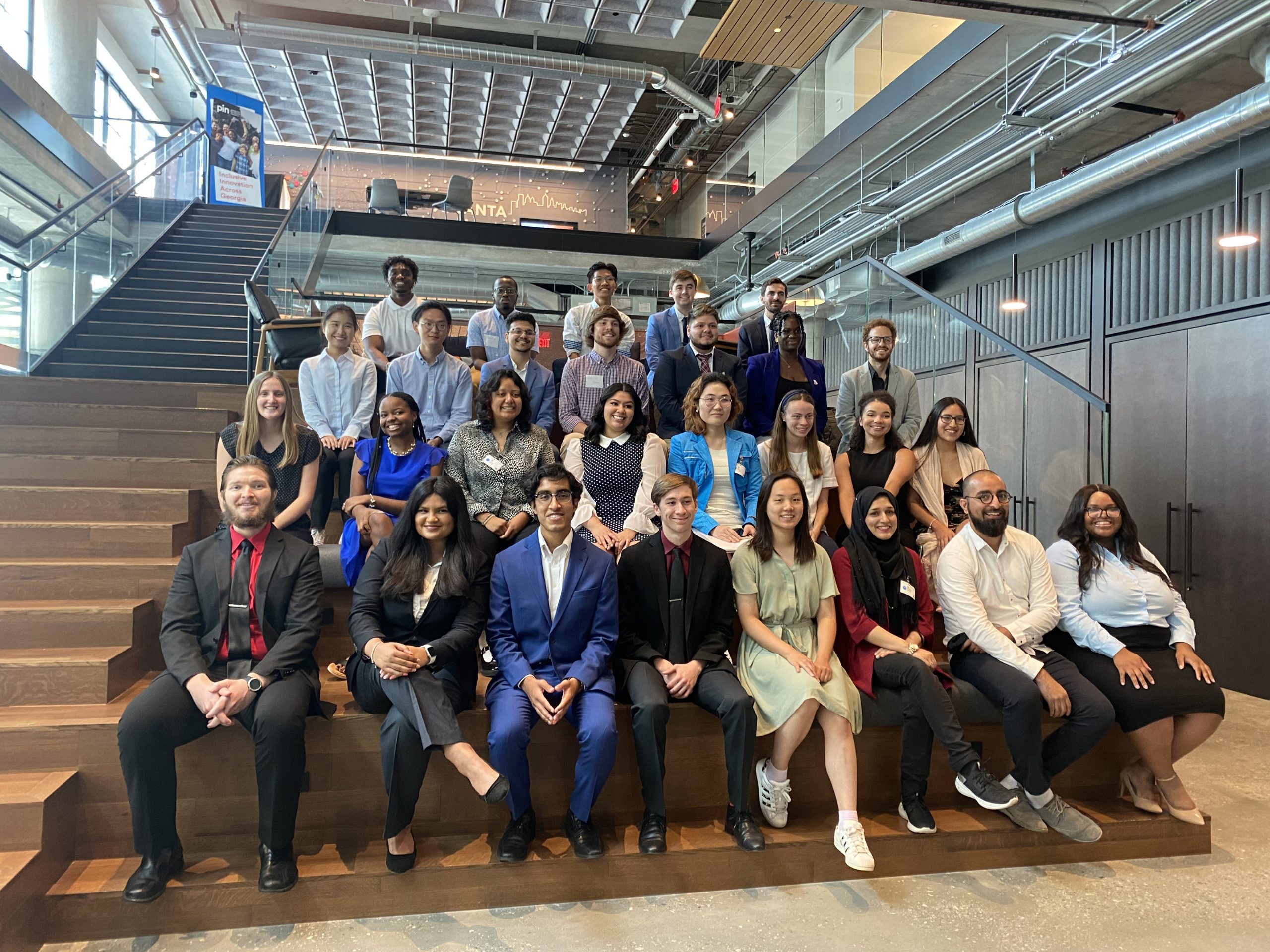