The history of the City of Chamblee, incorporated in 1908, is closely linked with the development and use of modern transportation in the United States.

In the early 20th century, the city sat at the crossroads of two rail lines—one for passengers traveling north to Charlotte, North Carolina, the other for goods and workers. By the 1940s, Chamblee’s Camp Gordon was the site of a training facility for Navy and Marine Corps aviators.

More recently, Chamblee has been exploring a mode of transportation that most cities haven’t adopted—shared autonomous vehicles or SAVs. City officials are partnering with Georgia Tech and design firms Stantec and CPL to launch a semi-autonomous shuttle in downtown Chamblee.

The project is part of the Georgia Smart Communities Challenge, which brings together city and county officials and industry to implement smart technology projects. Georgia communities receive seed funding and technical assistance, while Georgia Tech researchers serve as advisors.

At a recent status meeting about the shuttle project, Chamblee Mayor Eric Clarkson said the project is “a testament to the forward-thinking in our community” and would give the city, which grew in population by over 40-percent between 2010 and 2017, another transportation option. A series of annexations to the north and south also significantly increased land area. 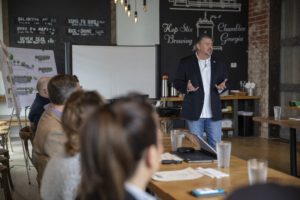 City officials are now discussing a potential shuttle route: a one-mile stretch on Peachtree Road between McGaw Drive at the Peachtree MARTA station and Broad Street near City Hall. The shuttle could operate for 10-hours a day, seven days a week with five stops along the way at frequently-visited shopping centers, entertainment districts and employers. Due to regulations by the National Highway Traffic Safety Administration (NHTSA), for now, the shuttle would operate semi-autonomously with an onboard attendant in case of emergencies.

A second phase of the project could extend shuttle service further east to Assembly Yards, a mixed-use development under construction in Doraville.

Chamblee officials are currently evaluating shuttle vendors, and the city council will have to approve the plan.

At the meeting, a discussion on best practices turned to passenger experience: How can a shared autonomous shuttle meet their needs?

Since Chamblee and Georgia Tech launched the SAV project nearly a year ago, the transportation landscape has changed. Electric scooters like Bird and Lime are becoming ubiquitous, traveling at the same maximum speed (18 miles per hour) as autonomous shuttles currently in use. Commuters also continue to use ride-share services, and Chamblee is constructing more bicycle and pedestrian paths. Like shuttles, each of these transportation options is touted as one of many solutions to bridging the first-mile/last-mile gap.

“We have a lot more competition,” said Ellen Dunham-Jones, professor in the School of Architecture and Chamblee’s research advisor on the SAV project.

She urged city officials to “jump years ahead” by creating a shuttle that adapts to various passengers, from kids going to soccer practice at Keswick Park to people enjoying the city’s bars and restaurants. 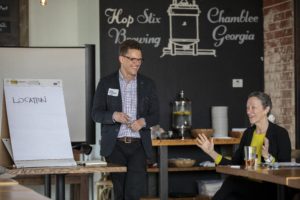 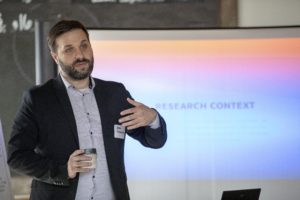 Chamblee is one of four Georgia cities and counties participating in the inaugural 2018 Georgia Smart Communities Challenge. The program is now accepting applications for its second year; learn more at the Smart Cities and Inclusive Innovation website. 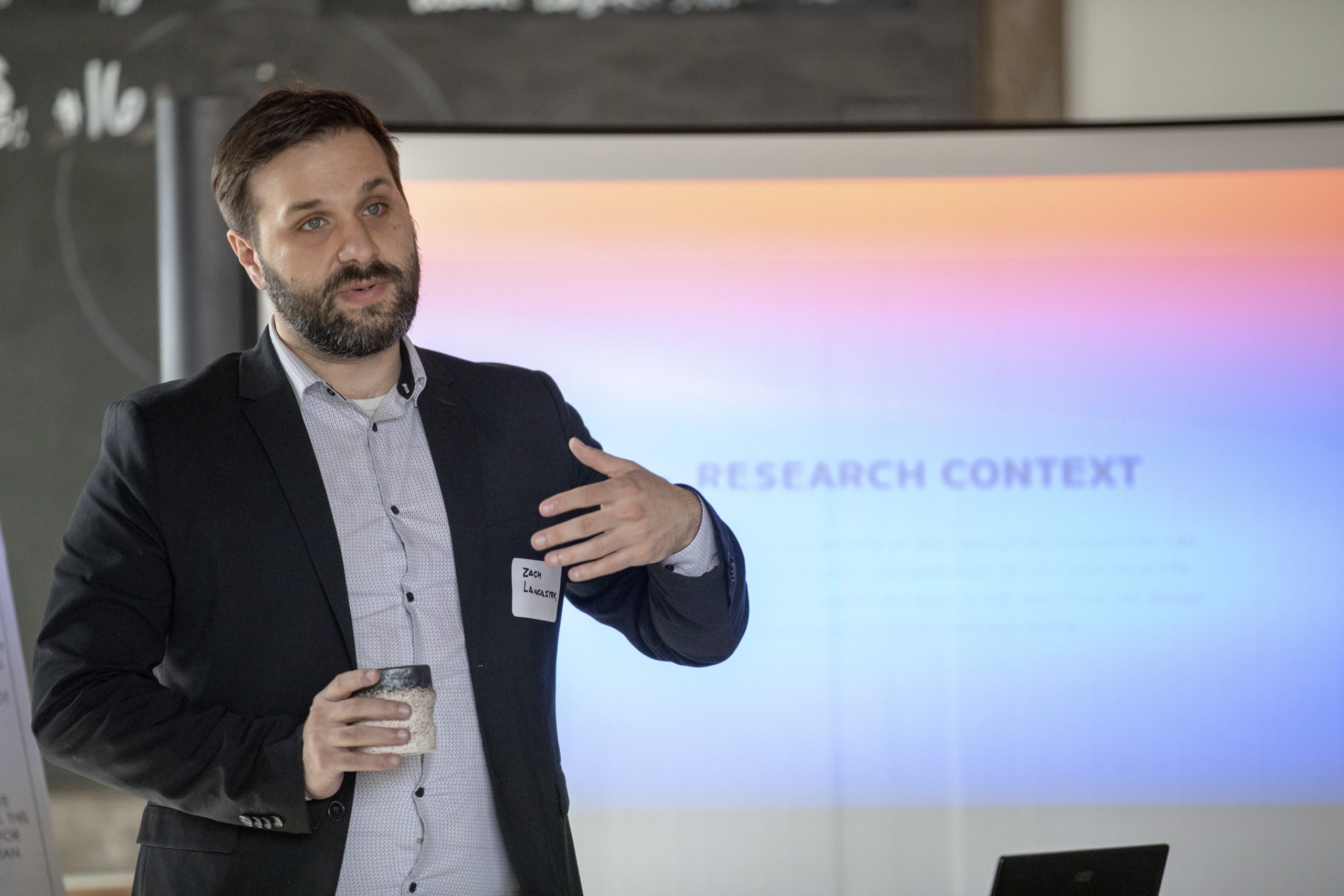 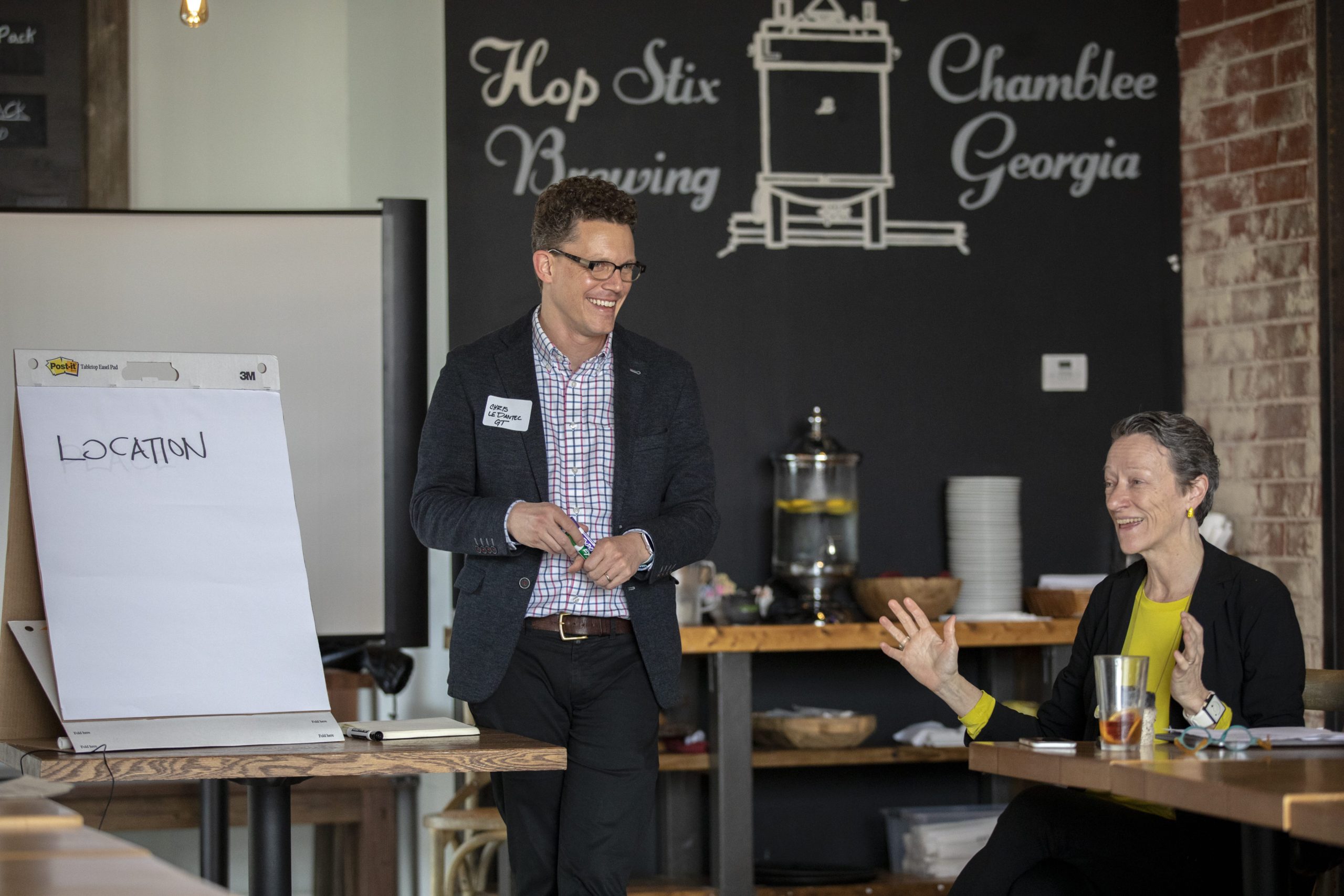