A Year of Resilience

In the past month, each community of the Georgia Smart Community Challenge Class of 2020-2021 completed final presentations about their work and achievements in the past year. Since September 2020, four communities—Sandy Springs, Clayton County, Valdosta, and Savannah—have utilized technical and financial assistance, resources, Georgia Tech research teams, and unique industry partnerships provided by Georgia Smart to implement “smart” solutions for community problems. Despite diverse challenges and the onset of the COVID-19 pandemic, each community found success and valuable knowledge to continue developing their projects.

Sandy Springs’ project piloted an application programming interface (API) that collects bus location and schedule adherence data for Transit Signal Priority (TSP) technology to improve the transit system for residents. Before testing the API, to gauge attitudes toward transit, Dr. Kari Watkins spearheaded the project’s online survey, which found that only 20% of respondents considered transit to be reliable, and only 25% of respondents considered transit to be efficient. During API testing, the Sandy Springs team focused on MARTA Route 5, one of the busiest bus routes in the city. The team coordinated with its partners to turn the API on and off for several weeks and evaluated its impact on transit timeliness. In action, the API sent its data to the Glance platform and SCOOT system, which are preexisting TSP technologies that can change traffic lights for congested intersections or specific bus routes. Overall, the team considered their work thus far as a success; the Glance and SCOOT systems were able to communicate with the API and prioritize bus routes when certain conditions were met. However, the team recognizes that the improvements for this specific route were limited by external factors. Prior to the project, 86% buses on this route were already on schedule. Additionally, factors, such as high ridership, that contribute to bus delays were reduced due to the COVID-19 pandemic. When interviewing bus operators, most respondents did not notice a difference due to the TSP technology, but they did feel more at ease knowing that they had the ability to catch up if they were behind schedule. Moving forward, the team is excited to conduct additional research to monitor the on-time performance of buses. In Sandy Springs, $250,000 for TSP improvements has already been adopted in the city’s 5-year Capital Budget. The team will also explore future opportunities with MARTA in hopes of implementing their technology in different regions throughout Georgia. In the meantime, Kristen Wescott recommends that other communities should explore how to leverage their preexisting infrastructure to tackle transit problems.

Clayton County’s project aimed to develop a smart pedestrian asset management system that could prioritize sidewalk improvement projects based on need throughout the county. In addition to using publicly available roadway data, the research team used certain indicators, such as poverty and income levels, to identify high-need areas for data collection. A team of 28 high school students then used Bing Maps to manually examine a combined 2,000 miles of sidewalk in these identified areas. Altogether, this data was used to create a sidewalk inventory network spanning 232,658 sidewalk links and 232,674 nodes all compiled in finalized files. The team also gathered community input and engagement throughout the project by using the Click Clayton app, which encourages residents to report areas that can benefit from sidewalk improvements. After being distributed at community events, printed on signs with QR codes, and publicized on social media, a survey also garnered 356 total responses. One such community event was the Smart Pedestrian Project Community Day, which allowed residents to meet team members as well as take the survey in-person. Respondents overwhelmingly considered safety, accessibility, mobility, and walkability as all important facets of community life. The team is proud to announce that Clayton County now has a nearly complete inventory of sidewalks, ramps, curb cuts, and crosswalks for future use. To build upon the successes in the past year, the researchers hope to sample underrepresented areas in the original survey to improve the equity of their project as well as generally engage with more citizens who were deterred from participating by the COVID-19 pandemic. In the future, Clayton County may contribute its developments to Cobb County’s Its4Us program. The team will also seek more grant funding to keep high school students working hands-on on their project. Finally, with the inventory almost complete, Clayton County will soon be able to finalize a priority index for sidewalk repair and construction.

The City of Valdosta set out to establish a connected traffic signal system that incorporates 128 signals within the city as well as launch TravelSafely, an app comparable to Waze, to increase safety on the roads and improve emergency vehicle preemption (EVP). In May and June, technicians of Temple, Inc. installed cabinet components and checked controller configuration settings for all 128 signalized intersections in Valdosta. By July, EVP and TravelSafely were tested and configured, and a map was completed of all of the city’s intersections. All 10 EVP units have been installed and operational in Valdosta fire trucks since June, successfully shaving off 10-11 seconds in transit time from each intersection they encounter on the way to a scene. Specifically, at Valdosta State University (VSU), the project has enriched students’ studies about traffic and transportation. VSU students developed a survey about two busy intersections on VSU’s campus and analyzed respondents’ experiences with safety at these intersections. Furthermore, VSU’s faculty involved in the project developed two courses in traffic engineering focused on analyzing traffic data using GIS and 3D printing for students to take in subsequent semesters. David Yu, an undergraduate intern at VSU, led a simulation analysis to determine the best way to use the TravelSafely app in conjunction with safety systems at intersections. On June 23, 2021, Yu led an event to an audience of 500 viewers on Facebook live to explain the TravelSafely app, including its capability to warn users of drivers and pedestrians, even in blind spots. After his presentation, the City of Valdosta constructed a traffic light and stop sign at Valdosta Middle School based on Yu’s research. In the future, the team will continue to promote TravelSafely through social media, radio, speaking engagements, and other community outreach. They also hope to make TravelSafely include school zones and work zones along with adding the functionality of warning pedestrians of oncoming motorists.

To close out this year’s Georgia Smart Communities Challenge, the City of Savannah presented their project’s progress on identifying vacant, abandoned, and dis-invented (VAD) housing to be replaced in the future with new or renovated housing. Using civic open data and administrative data, Brainerd and his team were able to identify 1,400 VAD housing units that will potentially be acquired by the Chatham/Savannah Land Bank Authority to reinvent them as affordable housing. Xiaofan Liang and Dr. Andris spearheaded the development of a human-in-the-loop machine learning model that can identify VAD property from multiple civic data sources. The machine learning model starts with data that is not labeled as VAD or otherwise and is trained to generate predictions about whether properties are VAD or not based on several variables. After the model was trained using a sample size of 200 to 300 properties, Liang checked the model accuracy and concluded two key findings: tax delinquency, active code cases, and crime rates are the most important indicators of VAD housing, and the most updated model reaches a 87-95% accuracy rate at predicting VAD land or structures. In addition to identifying VAD housing, the project intended to study the impacts of low-income housing grants—specifically down-payment assistance, infill, and repair grants—on property prices in Savannah. This research goal was undertaken by Dr. Asensio, Vincent Gu, and Edward Chen who used web scraping tools to extrapolate property and tax data for 100,000 properties. After integrating the data and performing a regression analysis, the researchers acquired estimates of the average policy effect on market returns for properties. They found that down-payment assistance grants correlated with an increase of $2.28 for square foot in the housing market, and infill grants correlated with an increase of $19.76 per square foot. However, repair grants were not awarded by the market, most likely because repair grants exposed unreported flaws in properties. To encourage community involvement, the project sponsored the Neighborhood Insights Survey and Block Conditions Field Survey. Conducted by canvassers from the Georgia Coastal Indicators Coalition, the first survey qualitatively measured residents’ perceptions about the conditions of their neighborhoods using a 311 system and a survey app called Regrid. The second survey also used the Regrid app to catalogue positive qualities about each block using a simple rating system. To expand upon the progress achieved thus far, the project team wants to learn more about the impact of infill grants on property values. Both surveys provided important insight on ideal survey methodology in the future, and the surveyors hope to talk to more hard-to-reach citizens in the city.

These final presentations conclude the 2020 Georgia Smart Communities Challenge. The Georgia Smart team would like to congratulate all the cities on their progress thus far and thank them for their contributions to their communities 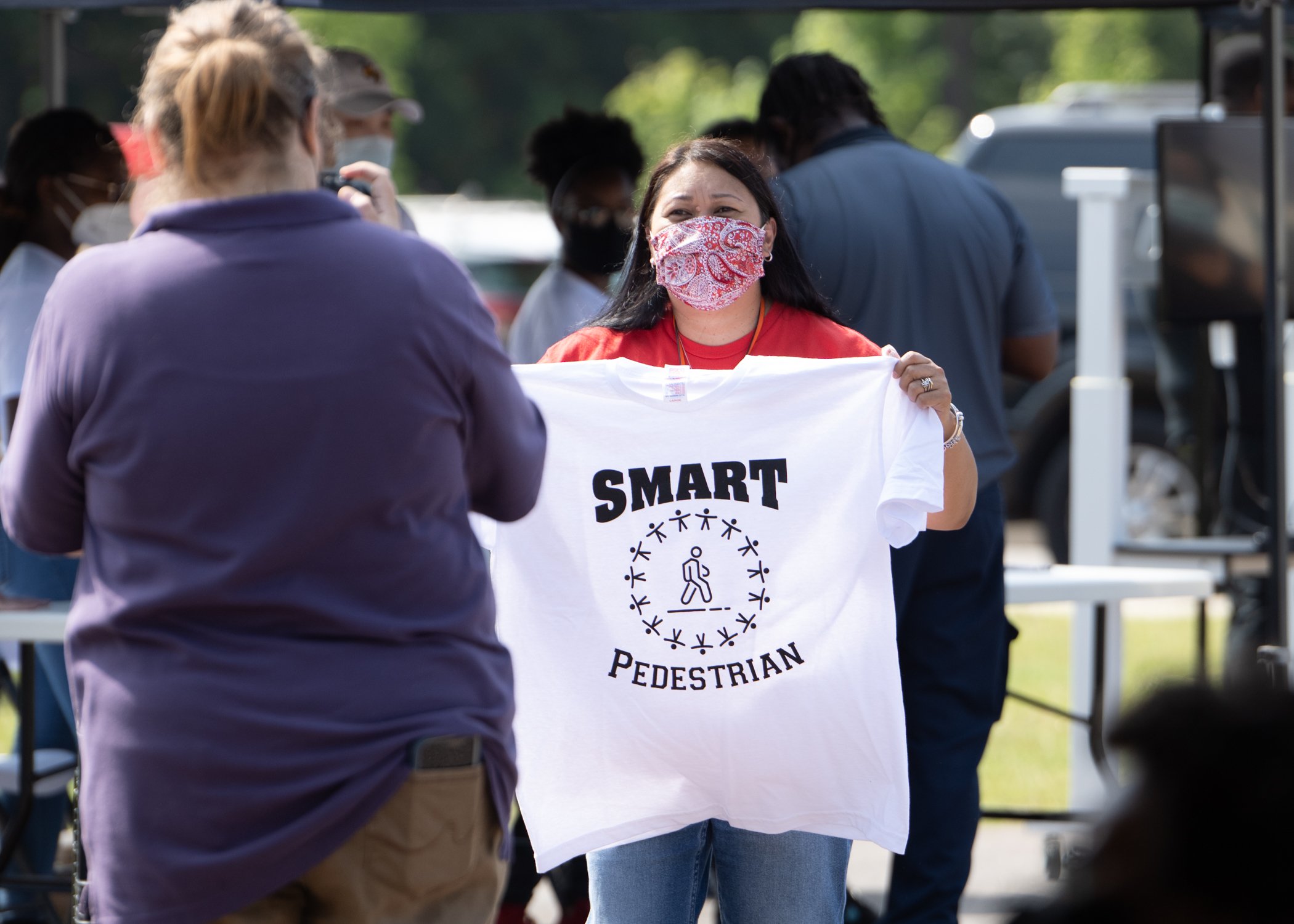 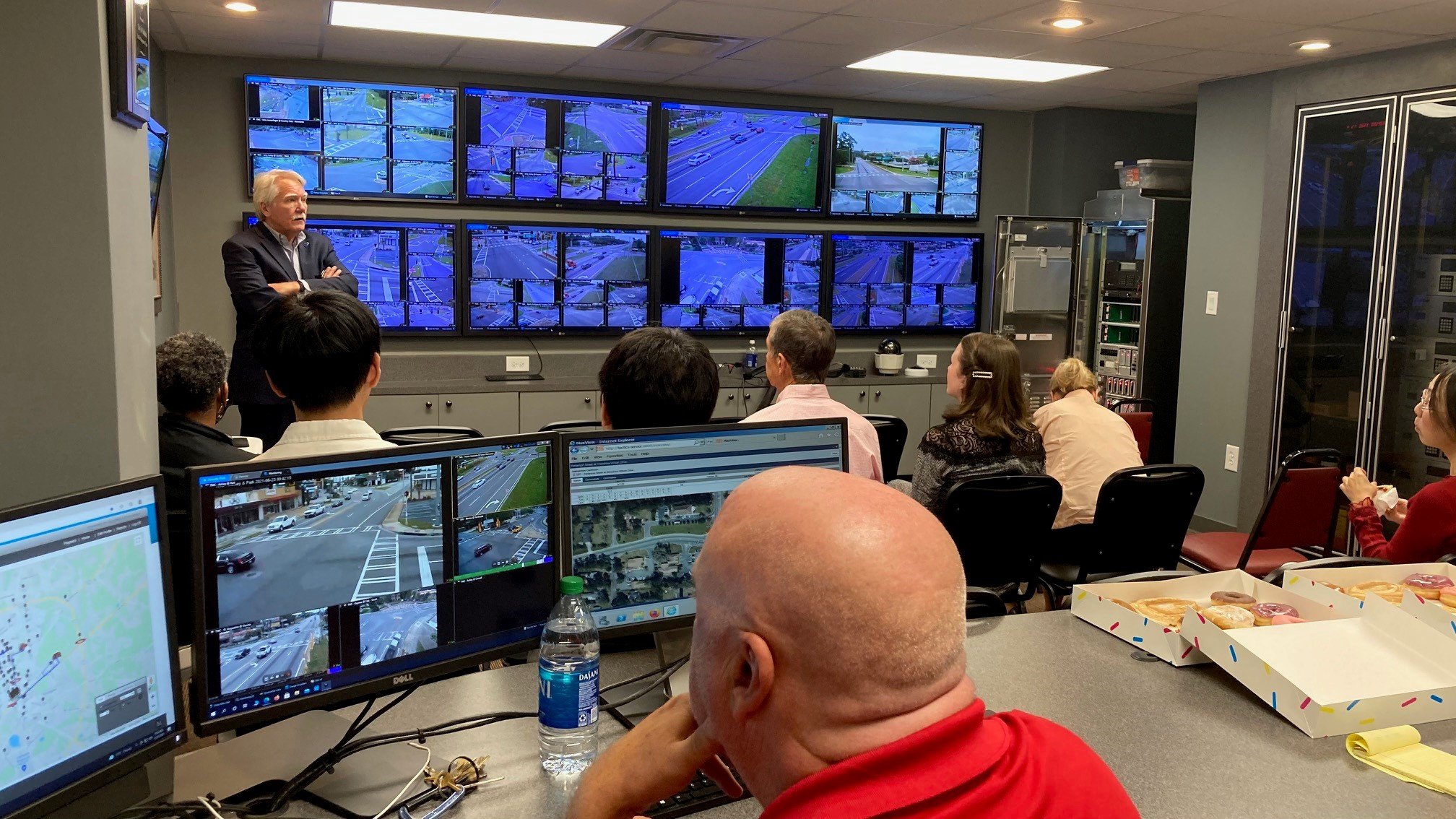 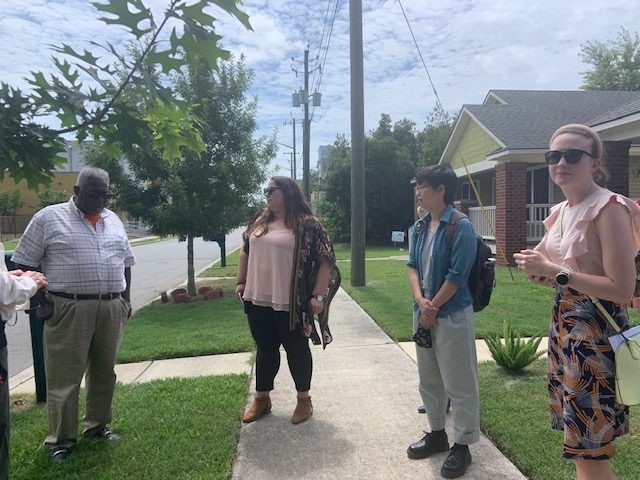